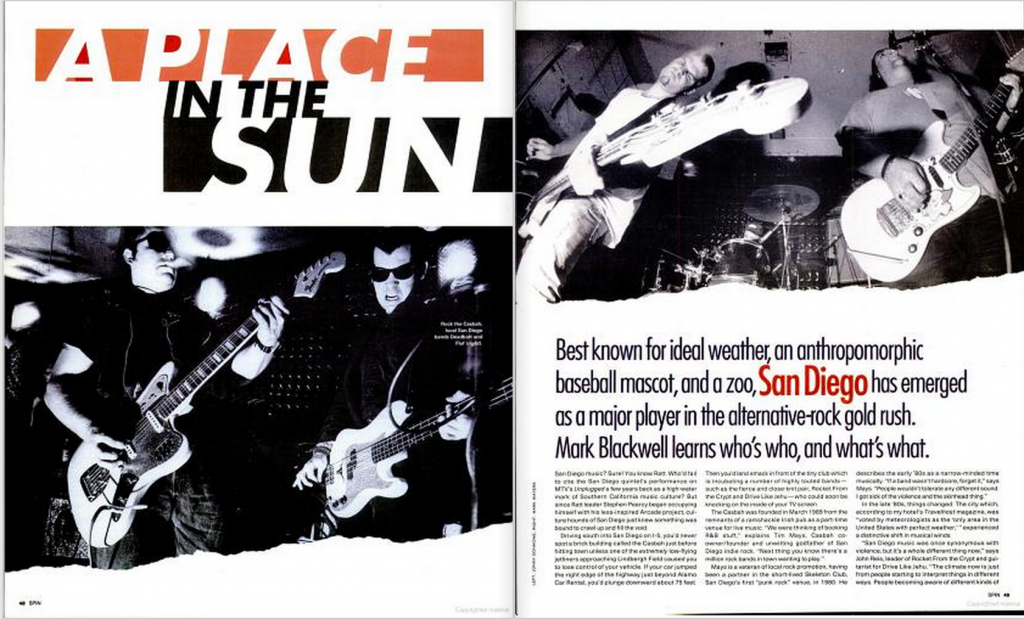 “The obscene number of ponytails and gold cards spotted recently in San Diego means that the A&R winds are blowing gustily there.” Click the image above to read the full article (pages 41, 48-51)

We attempted to interview Tim Semple and Rich Sanderson of Boilermaker at Swami’s, a popular surf spot in North County San Diego. This is what happened.

Boilermaker released three LPs, numerous singles and a compilation, “Leucadia”. They are considered one of the progenitors of Emo, a genre they have mixed emotions about. After all, they named themselves after a very non-emo Jesus Lizard song.

Here are two nice articles about the production from the local press: